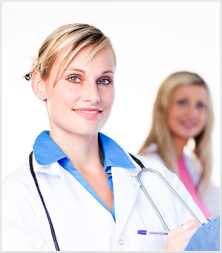 Medical coding fraud can be committed knowingly or unknowingly. To make matters worse, the coding rules are constantly changing. The submission of incorrect coding and billing information usually results in heavy penalties and legal action, and worse, loss of reputation. In a recent case, a service provider ended up paying over $4 million to settle alleged violations of federal and state regulations due to the submission of various incorrect and fraudulent claims to government health programs including Medicare.

Double billing: If a procedure was only performed once, but the single billing code is submitted multiple times, this is considered double billing.

Upcoding: This involves coding a higher or more complex level of service than was actually rendered. This would mean the submission of a higher reimbursement rate than actually necessary. For example, in radiology coding, while interpreting lumbar spine radiographs obtained in a patient, the exact listing in the CPT manual has to found. If the exact listing is not available, the closest match must be sought. Otherwise, the claim could end up as abuse or fraud.

Unbundling: Manipulating the CPT codes to increase reimbursement is considered a distortion of the services rendered.

Medical billing and coding fraud can be avoided if the job is handled by expert certified (AAPC) coders who are up-to-date with all the developments in the field.