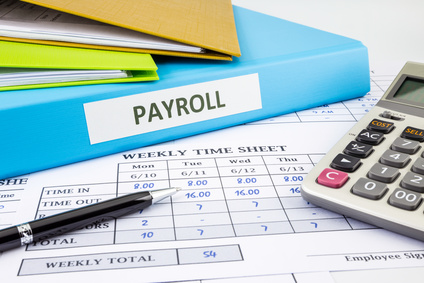 HMRC is not always right when it comes to what you owe them.  Over the years we have had lots of situations where HMRC have told our clients they have underpaid PAYE when they haven’t.  Although, to be fair, they do notify clients when they have overpaid too.

When it comes to PAYE it is important that you keep track of the amount you need to pay HMRC each month or quarter.  We use a PAYE liability account for the clients we do bookkeeping for so we can easily reconcile the amounts due with the payments made.

PAYE agents now at last have access to clients’ PAYE account and we can see whether payments made have been allocated to the account and can even check that the RTI submitted has been recorded correctly.  Although that is very time consuming and should be unnecessary.  But it is there if we need it.

We do check our client’s PAYE account from time to time and on recently checking one client I found that there were only 2 payments showing for 2018 when there should have been 12.  And there was only one in the previous year.  A telephone call to HMRC did not solve the issue – I was told I had to write with a list of payments so that they could match what my client had paid to the record they had as they no longer issue a list of payments!  I never did receive a response to my letter but when I logged in again about 3 weeks later the payments were showing.  However this time the record showed a month which was only partially paid.  On drilling down into the record it seemed HMRC had decided to exclude the employment allowance even though it was on the RTI.  I sent another letter and again received no response.  But when I logged in today the employment allowance has been corrected.  Now, instead, an interest payment is showing in a payroll year 3 years ago with no explanation of what it is for.  So yet another letter is written to find out what this is for.  I tried telephoning but the waiting time was 20 minutes and of course there was no guarantee they would be able to answer the question.

The moral of this story is – don’t assume that HMRC are correct when they say you have outstanding monies due.  You will know if you haven’t paid or are late paying your PAYE because of lack of funds and a quick check of your bank account will show whether you forgot to make the payment last month.  But if you are really not sure that you owe them don’t just pay what they ask.  Check your online PAYE account to see if the submissions they show agree with the payroll figures submitted and check the payments you have made against the payments they have received.

Two or three years ago one of our clients received an HMRC letter stating that they had underpaid PAYE.  As we manage their bookkeeping as well we could check if a payment had been missed – nothing was outstanding.  When we spoke to HMRC they told us what we had submitted was wrong and we needed to correct it to agree with their figures!  Anyone who does payroll knows that you can’t make up payroll figures just to fit with HMRC records.  After a lot of investigation it turned out that HMRC had duplicated an employee.