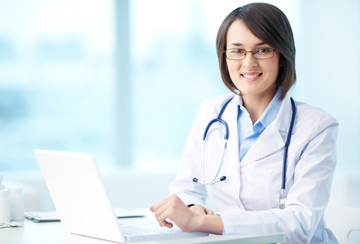 As a medical coding company providing ophthalmology medical coding services, we are well aware that one of the most significant changes in 2017 was the introduction of CPT code 92242.

Fluorescein and indocyanine green angiography are considered valuable diagnostic tools in patients with diabetic retinopathy, retinal and macular disorders, and certain ocular tumors and optic disc diseases. In both procedures, which mainly differ in terms of the type of dye used, the dye is injected into the patient’s vein. When the dye reaches the retina and is exposed to a specific light wavelength, the areas it enters become visible. Photographs taken of the blood vessels in the fundus allow the physician to inspect the structure and identify leaks.

The reason why code 92242 was introduced is the high volume of Medicare claims involving the same-day use of codes 92235 Fluorescein angiog­raphy and 92240 ICG performance. Here, it is important to note that payment for CPT codes 92235 and 92240 changed significantly effective Jan. 1, 2017. The changes reflecting relative value units (RUVs) recommended by the American Medical Association’s Relative Value-Scale Update Committee (“RUC”) are as follows:

Moreover, CMS recognized that bilateral testing does not involve double the work, for e.g., the patient is taken to a testing room and positioned only once. Therefore, the CPT description now includes unilateral or bilateral for these ophthalmology codes, and CMS pays the same whether one or both eyes are tested.

Submitting 92235 and 92240 for the same session is considered unbundling, and is not appropriate. Instead, 92242 should be used to report fluorescein and indocyanine green angiography performed at the same encounter. According to a report published by the American Academy of Ophthalmology (AAO), a typical scenario in which the service represented by code 92242 would be provided is that of a 77-year-old patient with a history of dry age-related macular degeneration who presents with subretinal blood and fluid. Other guidelines from the AAO on the use of 92242:

Some providers do not own the new equipment that performs both FA and ICG, but still, perform both tests on the same patient on the same day. To their question as to whether they should bill both 92235 and 92240, or only 92242, the AAO advises they should continue to submit 92235 and 92240. However, in this case, payers may ask why 92242 was not submitted and request records to verify the accuracy of the claim.

Reliable medical billing and coding companies keep track of changes in CPT and ICD-10 codes as well as industry regulations and payer specifics. Billing for any specialty is much easier with such expert support.