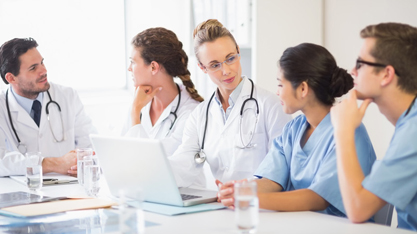 The properties of some drugs, medicinal and biological substances or their combinations may cause toxic reactions in patients. The ICD-9-CM coding system has classified these reactions into adverse effects, poisoning and toxic effects to report on medical claims. All these classifications exist in ICD-10-CM medical coding system also and there are not that many changes in the coding guidelines even though defining the differences can be confusing at times. However, there is another new classification in ICD-10, known as underdosing and the coding guidelines for this condition are quite different. Before taking a look into each classification, let’s explore the general coding guidelines.

The codes in categories T36-T65 are for poisonings, toxic effects, adverse effects and underdosing. These are combination codes that specify the substance taken as well as the intent. The seventh character of the code represents episode of care (initial, subsequent or sequela). No additional external cause code is needed. The other important things to consider are:

The specific medical coding guidelines for each of the toxic reactions are as follows.

Poisoning occurs due to the improper use of a medication (for example, overdose, wrong substance given or taken, wrong route of administration). While coding for poisoning, you should first assign the appropriate codes from T36-T50. These codes have an associated intent as their 5th or 6th character (accidental, intentional self-harm, assault and undetermined). Use additional codes for all manifestations of poisoning (for example, vomiting, stomach pain, diarrhea). Suppose a person comes to your emergency department with stomach pain and diarrhea after mistakenly taking Aleve instead of another medicine. You should use the following codes (in the following sequence) to report that condition.

If a patient is taking less of a medication than is actually prescribed by a provider or instruction provided by the manufacturer, then it is underdosing. You should first assign appropriate codes from T36-T50 (fifth or sixth character “6”). Underdosing codes should not be assigned as principal or first listed codes. If you find your patient has a relapse or exacerbation of the medical condition for which the drug is prescribed due to the reduction in dose, then you should code the medical condition. You can use noncompliance (Z91.12-, Z91.13-) or complication of care (Y63.6-Y63.9) codes with an underdosing code to indicate intent, if known. Let’s take the case of a person who is presented with acute exacerbation of his chronic systolic heart failure because of only taking half of his Lasix prescription and he is refusing to take the actual dose. You can use the following codes (in the following sequence) to report this scenario.

Toxic effects are the reactions that occur in a person who has consumed or come in contact with a harmful substance and they are of substances mostly non-medicinal as to source. You can choose the appropriate toxic effect codes from T51-T65 categories. Toxic effect codes have an associated intent (accidental, intentional self-harm, assault and undetermined). Consider the following while coding for toxic effects.

Suppose a toddler comes to your facility with diarrhea and vomiting after swallowing soap accidentally. You can report this using the following codes (in the following sequence).