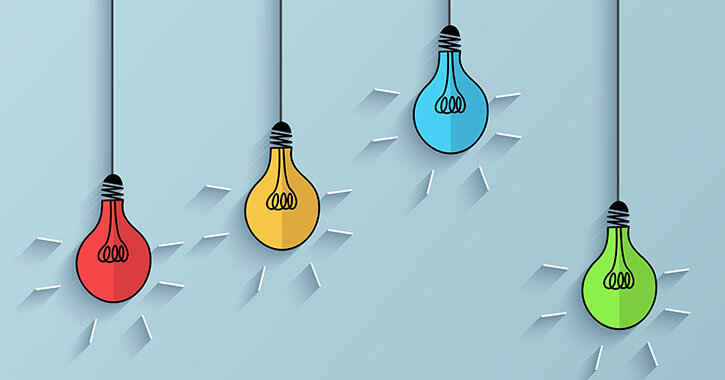 What is Idea Generation?

Idea generation is the creative process or procedure that a company uses in order to figure out solutions to any number of difficult challenges. It involves coming up with many ideas in a group discussion, selecting the best idea or ideas, working to create a plan to implement the idea, and then actually taking that idea and putting it into practice. The idea can be tangible (you can touch or see it) or intangible (symbolic or cultural).

Sam is a marketing manager for a shoe company and he has about 8 people who work for him. Sam is a big fan of using idea generation with his team whenever they need to tackle a new challenge. The team has a new project this month: they have to come up with a brand new way of marketing the newest line shoes to a previously unaddressed targeted audience. Sam puts his group to work into pairs.

Each pair tackles the task by first thinking of many ideas, far more than they would ever use. The pair will eventually rejoin the team and the team will select the best idea or ideas before assessing the ideas’ worth on a focus group of potential at a later date. After feedback from the focus group, the team will adjust their approach and build on the idea using the focus group feedback before putting their plan through real testing or trials. Finally, when the team is confident in their idea, it will be passed on for actual business implementation. In our example with Sam and his team, their marketing plan will be employed by the company to target their new customer demographic.

This general process structure is used across many types of businesses and for many types of decisions. There is no rule saying that a company must follow this exactly, so don’t be surprised if you encounter variation! If it seems like a long process, that is because it is! Some aspects require ample time, like conducting research, gathering opinions, learning about competitors, testing the idea, and improving on the idea after testing. Individual teams or companies will also find that some techniques work better for them than others, and that’s just fine! Knowing a wide range of idea generation techniques allows for flexibility in a decision making process.