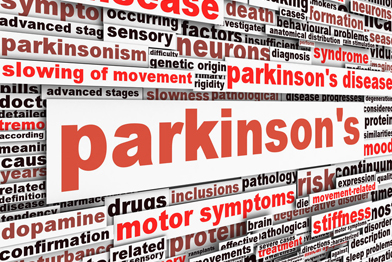 Parkinson’s disease (PD) is a chronic and progressive disorder of the nervous system. Genetic factors and environmental triggers are believed to cause the condition and there is no cure for it. Boxing legend Mohammad Ali had bravely battled PD for more than three decades. Neurologists are specialized in diagnosing, treating, and managing disorders of the brain and nervous system such as Parkinson’s disease. Coding in PD can be burdensome and that’s why many neurology practices rely on medical coding outsourcing companies to get the job done efficiently.

Ali was diagnosed with PD back in 1984 when he was only 42 and at that time, the disease was very poorly understood. Today, this vexing condition affects an estimated 7 to 10 million people worldwide, according to the Parkinson’s Disease Foundation. About 60,000 Americans are diagnosed with Parkinson’s disease each year, and this estimate excludes the thousands of cases that go undetected. The Northwest Parkinson’s Foundation reported last year that with the Baby Boomer population just entering their 60s, the number of people with Parkinson’s was expected to increase from 1.5 million in 2015 to 4 million within the next 25 years.

Parkinson’s occurs because of the malfunction and death of neurons, which are vital nerve cells in the brain. Symptoms of this motor system disorder include:

Getting the diagnosis right and submitting proper clinical documentation is necessary for error-free billing. A professional medical coding company can ensure this. Clinical documentation must also document the specific type of Parkinson’s disease. ICD-10-CM code G20 is a specific code that can be used to specify a diagnosis.

Parkinson’s disease G20 is applicable to:

Notations, inclusions and/or exclusions that are specific to this ICD 10 code need to be checked before using it. Excludes are used when two conditions cannot occur simultaneously, such as a congenital form versus an acquired form of the same condition.

Exclusion specific to G20: ‘Dementia with Parkinsonism’ is not included in the above set and has to be coded using G31.83.

With the cumbersome coding processes involved in coding for Parkinson’s disease, relying on the neurology medical billing and coding servicesprovided by a reliable outsourcing company is the best option to maximize reimbursement.