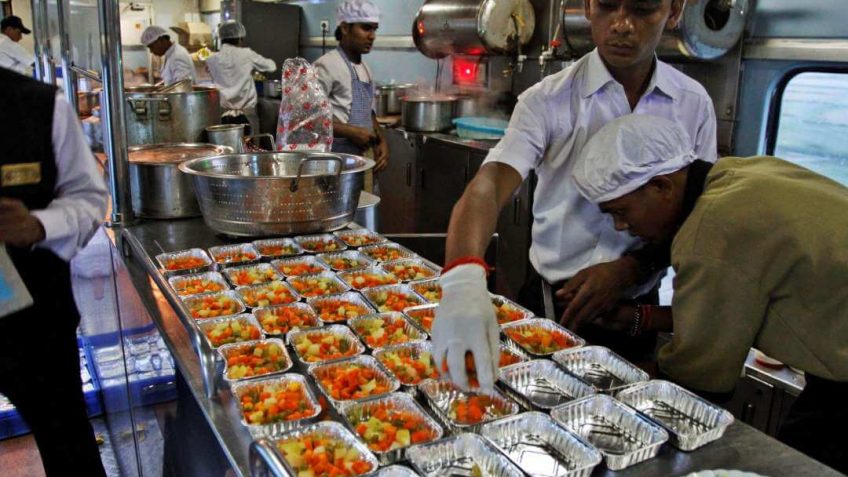 Indian Railways has adopted a stern policy: “if no bill, your food is free”.

Railway Minister Piyush Goyal has taken this policy decision so that passengers insist on bills and that prevents train caterers from charging more than the price. Overcharging forms the lion’s share of all complaints related to railway catering on a majority of mail/express trains where the price of food is not built into the ticket fare.

By March 31, all trains where food is served on payment basis should have this policy in place. Indian Railway Catering and Tourism Corporation (IRCTC) has started publicising this message on its ticket-booking website.

It has also started deploying inspectors to make sure that every transaction is fair in terms of prices charged, and a bill issued, even if it is as small an item as a cup of tea.

According to assessment by ministry officials, the bulk of the problem is because the food servers refuse to give a bill to passengers even when asked to do so, claiming various excuses such as there being no bill book, or that a bill would be provided at the end of the journey or they would give a bill only after the food service time was over.

“We have readied 120 officials to man the trains and in some time we are going to put in place more people on inspection duty to gradually man every train during food service time. They will ensure proper service and billing,” M P Mall, chairman and managing director, IRCTC, told The Indian Express.

Between April and October last year there were a little over 7,000 complaints of overcharging of food on trains.

This policy follows Goyal’s instruction of strict action against erring vendors, including cancelling their licences if prices of food items are not printed on the boxes.

Overcharging is the single biggest problem in train food business followed by complaints of quality. Last year, Railways terminated the contracts of two caterers over complaints of overcharging while various caterers were fined some 5,000 times.

In a report last year, the CAG recommended that Railways put in place a system to stop overcharging. Auditors had found instances of overcharging while travelling on trains as part of the audit. One of the reasons overcharging happened was that food tariffs charged by the caterers had not been enhanced in over five years. This was the same report that had observed in one place that “articles unsuitable for human consumption” were used to cook the food served on trains.