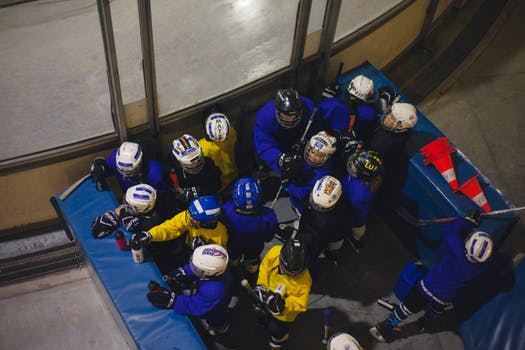 Chris Domey never played hockey growing up, but when his son played for the Junior Railersnonprofit youth hockey organization he decided to volunteer as the group’s treasurer. Managing more than a million dollars in revenue for more than 500 kids ranging from ages 4 to 18 meant multiple vendors – from ice rinks to uniform manufacturers – needed quick payment.

With his day job running distribution and logistics for Ocean Spray, it wasn’t practical for Chris to go into the Junior Railers offices every day. Because he’s the only one with the checkbook, sometimes that meant he was a bottleneck in the bill paying process. They also had issues with checks that expired before they were cashed, either by parents who were receiving refunds or small business vendors who spent more time worrying about the ice than the cash flow.

Chris needed a quick and easy way to pay bills remotely so their small business vendors could get their payments faster – especially the many ice rinks needed during tournament season.

“Bill Pay for QuickBooks Online saves me time,” Chris says, “I linked to our bank account and I can see all the invoices and statuses in one place. And, our bookkeeping is automatically updated.”

Chris uses Bill Pay for QBO every week during hockey season and finds that being able to schedule all of the bills in advance helps him plan ahead. This is especially useful when he’s traveling for his day job.

The tracking feature enables him to keep tabs on the status of payment and receipt of multiple vendors and has virtually eliminated the problem of expired checks that had to be re-issued because they weren’t cashed in a timely manner. The reporting features in QBO also help him keep other board members apprised of the organization’s financials so they can use the data to make decisions.

“Bill Pay for QuickBooks has made my life easier.”

So, now the board at Junior Railers Hockey never has to think about skating on thin financial ice.

Editor’s note: Access the Bill Pay for Bill.com and QuickBooks Online from the QuickBooks App Store.