Home / What Makes Healthcare So Expensive in the U.S.? 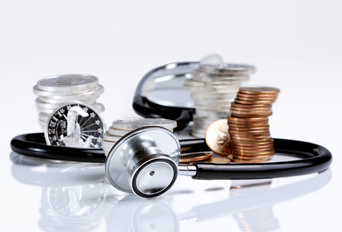 Healthcare insurance and healthcare costs are major considerations in the healthcare industry, and providers as well as insurance authorization companies need to stay abreast with the latest developments and studies in this regard. A recent study in the medical journal JAMA draws attention to the huge spike in healthcare costs in the United States. According to this study, healthcare spending in the United States has increased by about $933.5 billion between 1996 and 2013, a rise from $1.2 trillion to $2.1 trillion. With the huge increase in costs, the health sector grew at a 4 percent annual rate, while the overall economy grew at a 2.4 percent rate. The report has gathered information on 155 separate health conditions and six possible treatment categories such as inpatient, outpatient (hospital), emergency services, dental care, prescriptions and nursing facilities.

The JAMA study points out that the increase in US healthcare spending from 1996 through 2013 was largely related to increase in health care service price and intensity, positively related to population growth and aging and negatively associated with disease prevalence or incidence. The report evaluated the association between 5 factors-population growth, population aging, disease prevalence or incidence, service utilization, and service price and intensity of services-as they relate to health care spending over time;the study also analyzed trends overall and across major conditions.

Key findings of the report are –

An all-payer system or a single-payer system can be implemented as ways to combat high health care prices. Both these payer systems can regulate prices so that all insurers and public programs pay the same amount. However, this system could be met with resistance from all those who directly benefit from high prices, including physicians, hospitals, pharmaceutical companies and others.

The Delaware Department of Health and Social Services recently recommended five strategies to reduce healthcare spending and improve health outcomes in the state. These suggestions would be welcome to healthcare providers and their supporting services such as medical billing and coding companies. Recommended strategies are – establishing state healthcare spending and quality benchmarks, examining and reporting on variation in healthcare costs and care delivery and ensuring providers have access to useful data, implementing alternative and capitated-rate payment models across Medicaid and state employee populations, supporting providers to achieve success under risk-based payment models, and teaming up with stakeholders to continue improving social and economic issues affecting health outcomes.