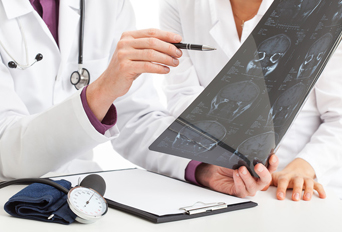 Occupational therapy coding and billing present many complexities and are also subject to changes every year. A new CPT code for cognitive function intervention has taken effect January 1, 2018 to replace another code. Occupational therapists (OTs) and speech-language pathologists (SLPs) can benefit greatly from the support of an experienced medical billing company for reporting new and existing codes, using modifiers correctly, and avoiding billing mistakes.

The new CPT code that has entered the scene in 2018 is: 97127, “Therapeutic interventions that focus on cognitive function (e.g., attention, memory, reasoning, executive function, problem solving, and/or pragmatic functioning) and compensatory strategies to manage the performance of an activity (e.g., managing time or schedules, initiating, organizing and sequencing tasks), direct (one-on-one) patient contact.”

This new CPT code replaces CPT code 97532, which can no longer be used by occupational therapists and others to bill for cognitive skills development to any payer.

While deleted CPT code 97532 described interventions used to improve cognitive skills (e.g., attention, memory, problem-solving), the new CPT code 97127 expands the range to include areas that are within the scope of and frequently addressed by occupational therapy: executive function, reasoning, pragmatic functioning, and the use of compensatory strategies for managing the performance of activities. Other key points to note:

The American Occupational Therapy Association points out that 97127 has a broader definition (compared to 97532) and was developed to report therapeutic interventions that reflect the concept of cognitive function.

Cognitive function plays a significant role in daily life at any age and includes a wide range and variety of mental processes such as perception, attention, memory, decision making, and language comprehension. While they improve from childhood to young adulthood, cognitive functions such as memory, attention, decision-making capabilities, and processing speed may decline as age increases. Various types of intervention programs are known to improve cognitive functions in healthy and nonhealthy children, young adults, and older adults.

In the final 2018 Medicare Physician Fee Schedule, CMS stated that it considers CPT 97127 “invalid” and will not reimburse for it. The reason is that CMS is concerned about the untimed aspect of the new code.

In addition to checking with non-Medicare payers regarding the implementation of 97127, providers should also carefully review payer policies to ensure reimbursement rates for this new code are for a session, and not 15-minute units. Medical billing services are available to help with accurate reporting of cognitive function intervention by OTs and SLPs.