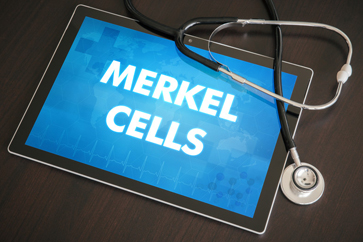 Merkel cell carcinoma (MCC) is a rare type of skin cancer, commonly found on the sun-exposed areas of the head and neck. According to the American Cancer Society, about 1,500 cases of MCC are diagnosed in the United States each year. This cancer type is considered aggressive, as it can grow quickly and spread and can even return after treatment. Documentation is important to ensure appropriate care, and medical coding outsourcing is an ideal option for physicians to streamline their documentation requirements.

Also known as neuroendocrine carcinoma of the skin or trabecular carcinoma (trabecular cancer), these tumors usually appear as firm, pink, red, or purple lumps or bumps on the skin. It can spread to regional lymph nodes as well as distant sites in the body. Factors associated with the development of MCC include immune-suppression, ultraviolet (UV) exposure, having a history of other types of cancer and infection with the Merkel cell polyomavirus (MCPyV). Tests that are done to know the stage of the condition in order to plan treatment includes CT scan (CAT scan), PET scan, Lymph node biopsy and Immunohistochemistry.

According to a study performed at the Plastic Surgery Service of the Cirurgia do Instituto Nacional de Câncer José Alencar Gomes da Silva, late diagnosis of MCC contributes to the high death rate associated with this disease. The study also reports that this cancer type is more common in females, in fair-skinned individuals and in those around 72 years of age.

Clinical documentation for MCC should include the type of malignancy, the location, and laterality (when indicated). Learn these ICD-10 codes to document this cancer type.